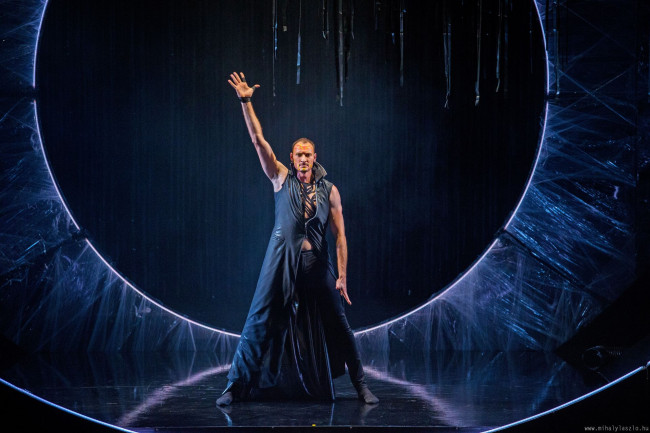 A new passionate piece by choreographer Vincze Balázs to be premiered on 13 September 2019 as the opening performance of the 13th Pécs International dance Festival!

Carmina Burana is a wonderful challenge for a choreographer, yet an enormous task to complete.
Orff’s fantastic composition lifts the medieval student songs to a whole new, higher level. The sublime beauty of the music inspires a choreographer’s confession. Director-choreographer Vincze Balázs focuses on the terrible effects of our self-destructive and mechanized world, his worries for humanity and traditional moral values. The piece celebrates the sacredness of life, it hints that there still must be hope for a better future.

The artistic director, director-choreographer, Vincze Balázs is an expert on adapting popular literary classics for the dance stage. His choreographies are passionate and and dinamic, the performances are spectacular and audience friendly dance theatre pieces. Vincze always gets inspiration from the dancers' characters. Their exceptional artistic talent, high standard technical and acting skills are what make all the productions of the company outstandingly original.

Length of performance: 70minutes
Premiére: 13 September 2019 at the National Theatre of Pécs
Opening performance of the 13th Pécs International Dance Festival
The performance is recommended to persons over 14 years of age!

The premiére was funded by the National Cultural Fund .

CANCELLED! The Nutcracker - A Christmas Magic

CANCELLED!!! Tamás Szarka and his Band + Ballet Pécs: Carmen in one evening